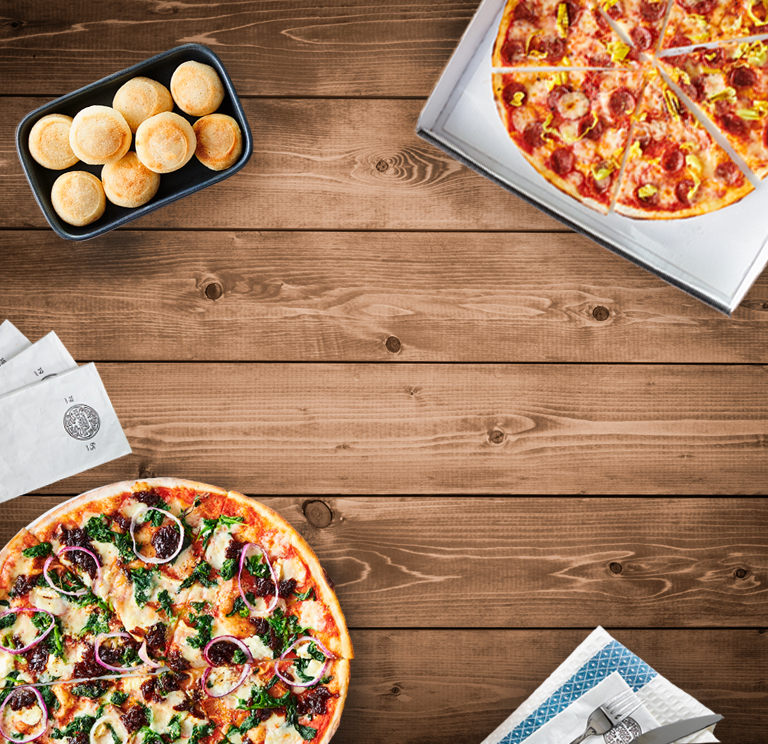 Our pizza, your sofa. Delivery now available in selected pizzerias

Located among the high street’s independent boutiques, in the picturesque village of Cobham, the restaurant gives a subtle nod to the area’s famed history as producers of Railton Cars. Notable features include a sumptuous banquette alongside beautiful booth seating; all subtly complemented by feature pendant lighting. Bespoke artwork is installed throughout the restaurant, connected to the general theme of the area’s Fairmile Construction Company, which in addition to Railton Cars, also manufactured gun boats for the Navy in the Second World War. Local areas of interest include the National Trust site of Painshill Park – one of the best-kept 18th century landscape parks – and a Premiership training centre.

Join today and be the first to hear about exclusive offers and out latest news and menu updates. We'll event send you a birthday suprise!