Girl Guide Volunteer made a real difference this year.

Guide Leader, Helen Surley, who has been a volunteer for over 30 years, was nominated by Sally for selflessly putting her guide’s group first, working hard so that they – including Sally’s 13-year-old daughter, Megan – were able to maintain a level of ‘normality’ throughout the pandemic’s strange and confusing time, all on a completely voluntary basis.

When the lockdown came into force in March, it understandably came as a shock to the group, who were used to seeing each other outside school on a weekly basis; now they were unable to see friends, go to school, or take part in any of the social and sporting activities that had big part of their lives.

Recognising how much of a positive impact that Guides has on the group’s confidence and self-esteem, Helen immediately stepped into action to ensure that Megan and the group would be able to see each other, take part in activities, and build skills that would help them work towards various badges and awards, an internationally-recognised structure that encourages members to lead, learn and discover.

As weekly Zoom catch ups became the norm, Helen took it upon herself to hand-deliver resources to every member of the group, providing worksheets, crafts, quizzes, and even ingredients for cooking at her own expense.

Despite the challenges that came with lockdown and the pandemic in general, Helen helped several members of the Guides achieve new badges and move up a level in the awards scheme; Sally’s daughter, Megan, achieving the Gold Award, which is the highest accolade in Girlguiding.

“Helen is amazing. Everything that she’s done this year has had a hugely positive impact on the girls as – despite everything – she’s given them something to work towards and feel part of, which has truly boosted their morale and self-esteem. In all the years we’ve known each other – she never stops short of doing everything she can to help.

“You have to remember that she does all of this on a completely voluntary basis. Generosity and putting others first are just a part of who she is. Even when the girls were able to meet again in person, she went above and beyond to make sure that they were able to do so safely, giving more of her time to clean the hall between each group and doing double the work so that they could see each other. She even helped to organise a weekend activity for the girls, with controlled numbers, to make sure those that achieved the Gold Award, were fully recognised for their achievements. She is truly remarkable!” 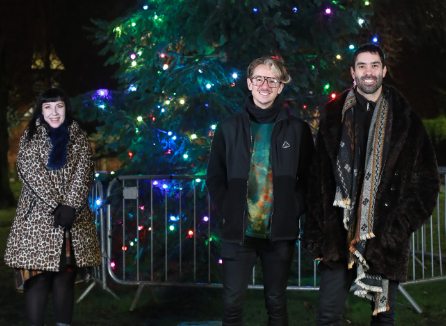 If you noticed a vulnerable group in need, what would you do? How would you help?

Could this be the kindest girl in Kent? From emotional support, to vital care giver -...